Six Months to Go –– Will the Health Insurance Exchanges Be Ready on Time? Survey: Health Plan Execs Don't Think So

As the Obama administration continues its top secret effort to build federal insurance exchanges in about 34 states while 16 states are doing it on their own, that continues to be the big question.

HHS is using IT consulting firm CGI for much of the work on the exchanges and the federal data hub. CGI has their plate full since they are not only working on the federal exchange but also doing work for the state exchanges in at least Colorado, Vermont, and Hawaii.

Earlier this month, the Senate Finance Committee held an oversight hearing. The Obama guy in charge of exchange development testified before them. I thought it was notable that it was the Democrats who expressed the greatest concern, and frustration, over senators not getting a clear idea for just where the administration is toward the goal of launching the new health insurance exchanges on October 1.

I thought the following Reuters quote was telling;


I am absolutely confident that every state will have an exchange that will be functioning and ready, said Gary Cohen [HHS executive in charge of the effort], who declined to elaborate on the number and identity of states that could be in for difficulties."

He wouldn't elaborate on just where there might be problems? Why? Why does the administration have to be so secretive?

This lack of transparency has the health insurance industry––the people the feds are going to have to connect with––very worried.

Edifecs did just that using interactive software in the room to get the audience's response to a number of questions.

The input from the marketplace doesn't inspire confidence:
From the Edifecs survey: 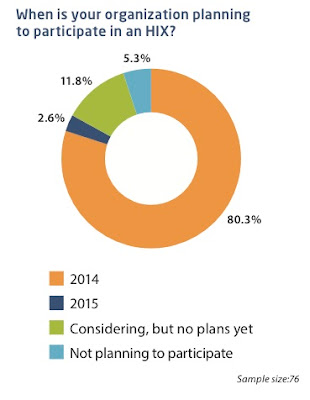 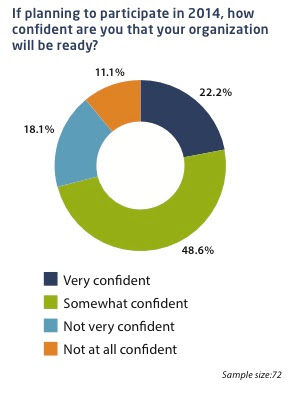 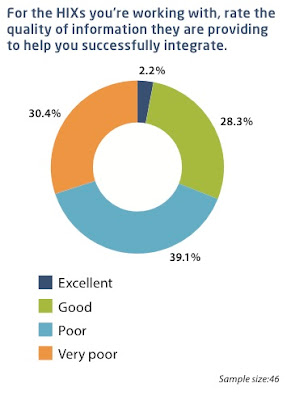 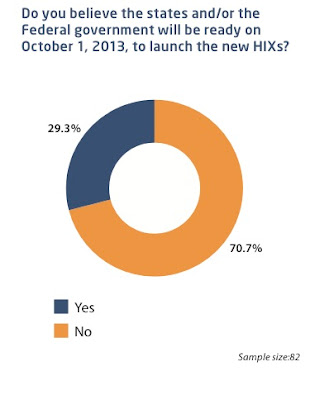 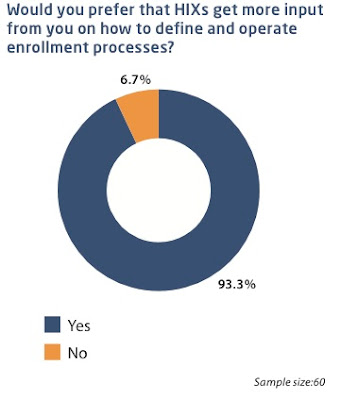 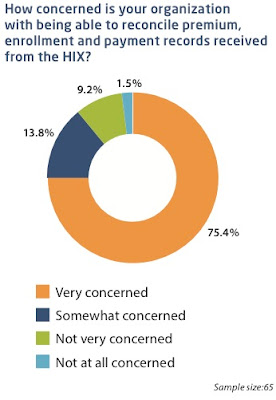 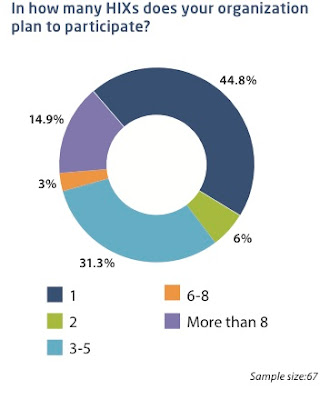 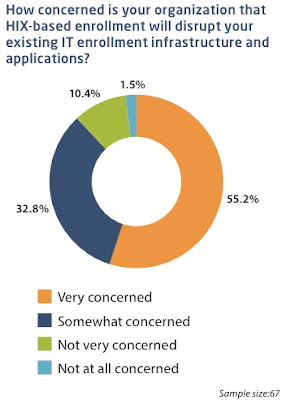 Posted by ROBERT LASZEWSKI at 5:22 PM